We are so happy that you are back because we felt our school empty without you. This is going to be a great school year. Are you ready??

Here you have some photos of your first day at school after a special summer!! 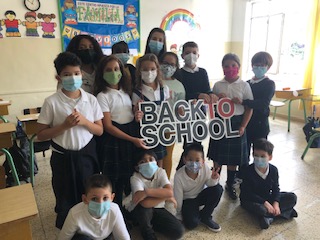 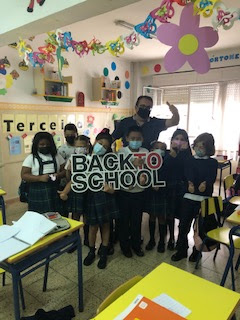 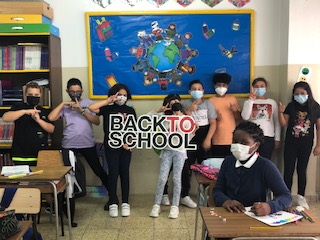 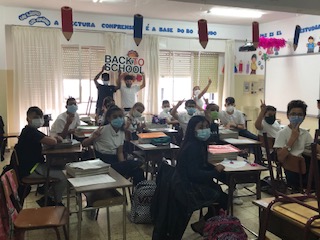 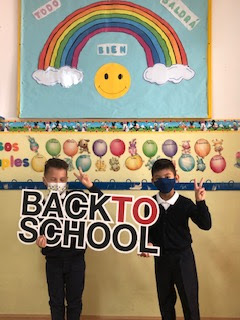 I welcome you with this song to give rhythm to this school year!!
¡¡Os doy la bienvenida con esta canción para darle ritmo a este curso!!

REVIEWING MATERIAL FOR THE SUMMER

Hello everyone!
How is it going? We hope everything is fine and you and your families are ok. As promised, we want to share with you some exercises to review what you learnt in class this year. Aldo, this material is very useful for those of you who need to sit the exam in September. Remember the exam in on Thursday, 2nd at 16:00.

See you in September! Have a nice and safe summer!
Publicado por English department en 11:54 a. m. No hay comentarios:

EUROPE IS LIVING A CELEBRATION!!!

This week we are celebrating Europe Day with lots of different activities. 2º ESO A and B were the first groups to start celebrating it in the subject of English.
2º ESO A students designed a booklet on different aspects of the European Union. It was a collaborative work because they did witht the help of their teachers of English and French! 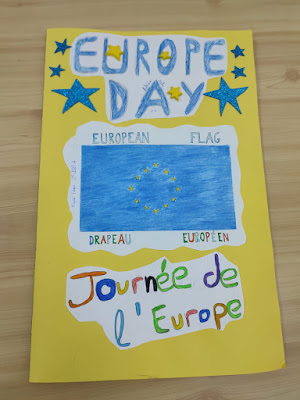 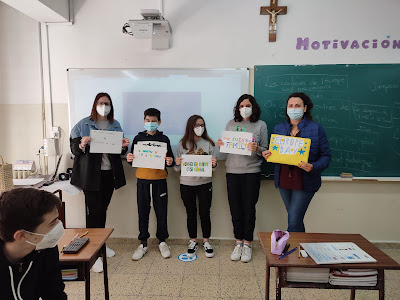 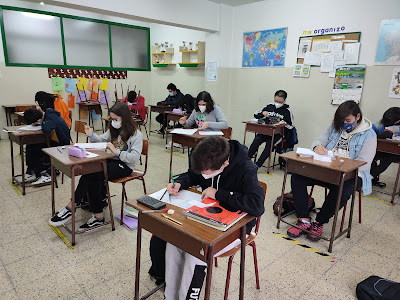 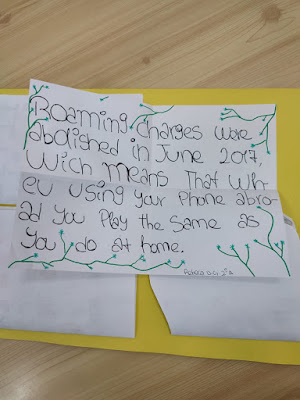 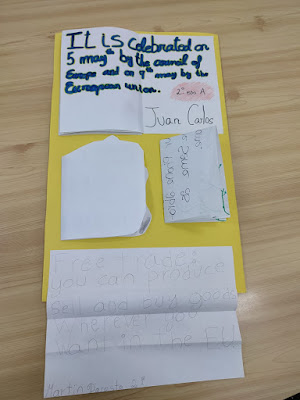 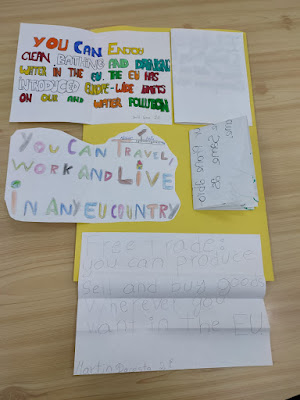 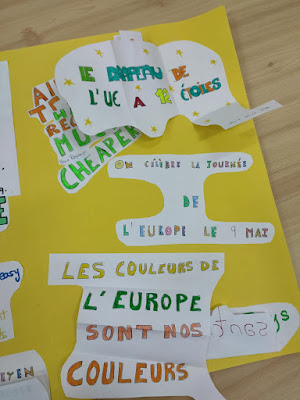 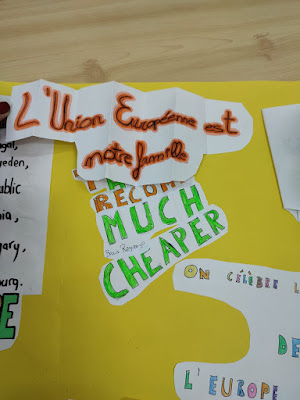 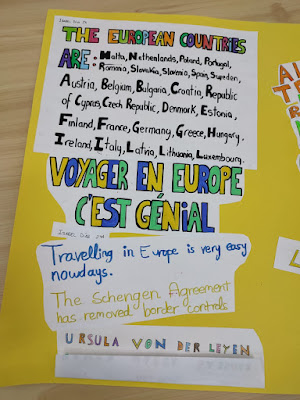 2º ESO B students had a look at some European countries and their flags. It was really interesting and good fun! 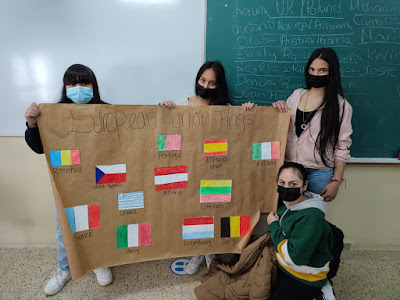 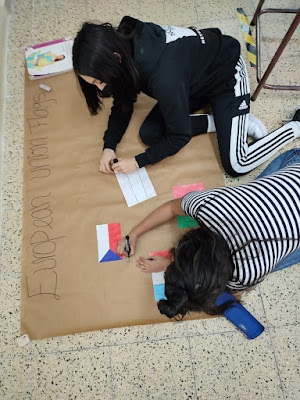 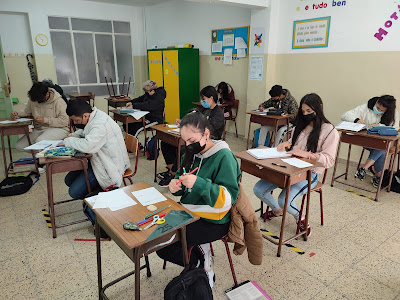 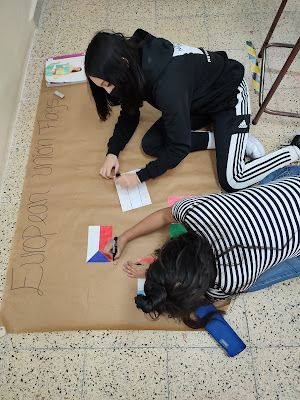 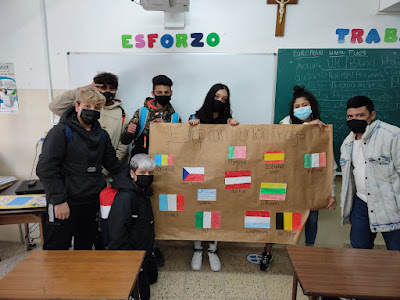 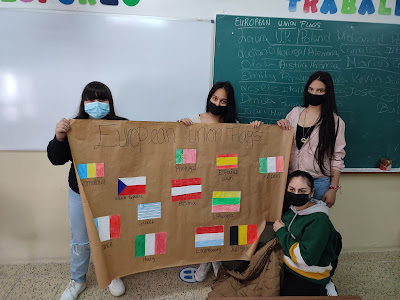 St Patrick’s Day celebrates Irish culture and commemorates one of Ireland’s patron saints, St Patrick, on or around March 17.
Despite the fact that our project has not yet sent or received any postcard to/from this English-speaking country; ESO students wanted to approach Irish culture and traditions by recording a podcast that explains who Saint Patrick was and why this feast is nowadays celebrated by millions of people in many parts of the world, especially by Irish communities and organizations.
If you want to find out more about Ireland and its patron Saint, take the quiz below.
HAPPY PADDY’S DAY!

November 30th is celebrated across Scotland as Saint Andrew’s Day and is also a national holiday in Scotland. Despite having never stepped foot in Scotland while alive, Saint Andrew is the patron saint of Scotland as well as of Greece, Romania, Russia, Poland, Ukraine, the Ecumenical Patriarchate of Constantinople and Saint Andrew, Barbados!

According to the Christian religion, Saint Andrew, whose name means ‘strong,’ was originally a Galilean fisherman and one of the first disciples of Jesus Christ. He was the brother of Saint Peter, the founder of the Christian Church and spent many years preaching the Gospel. When he died, his relics were sailed across the sea from Greece and buried in Scotland, in a town now called Saint Andrew’s. The Scottish flag is even inspired by Saint Andrew and is called the Saint Andrew’s Cross. 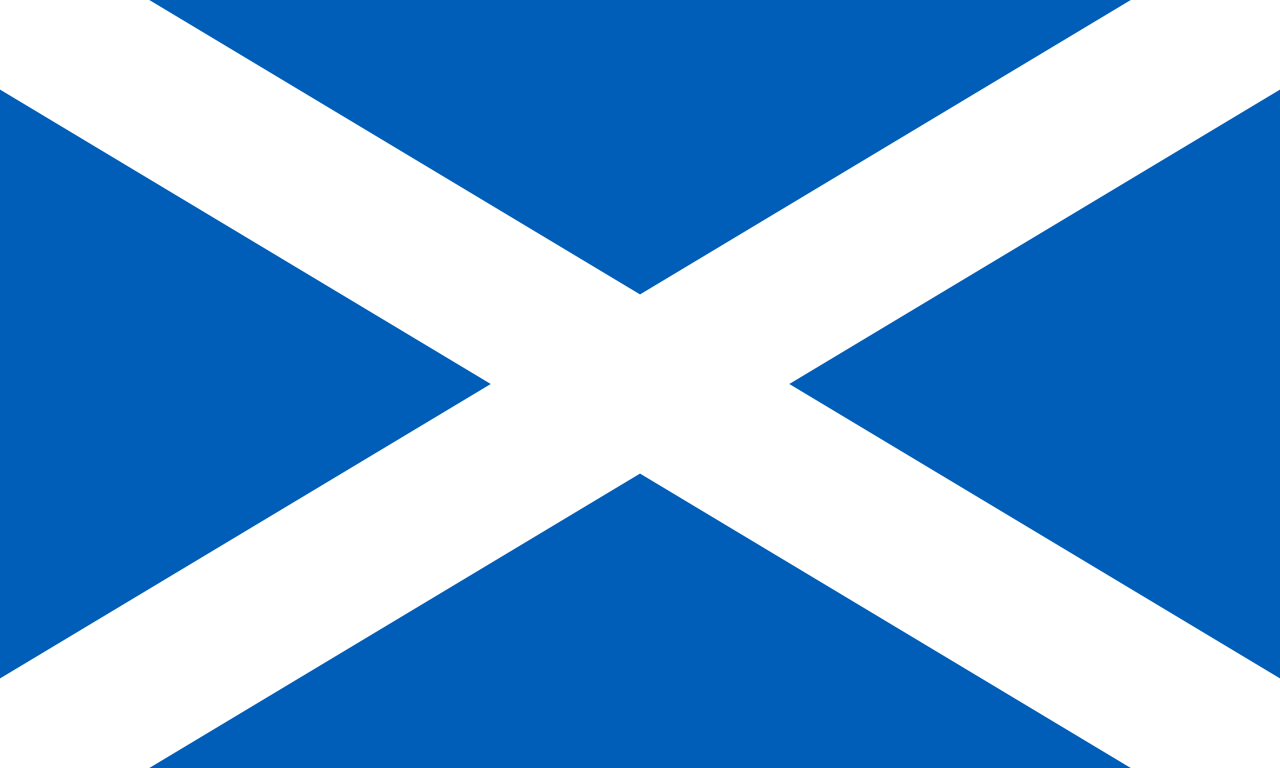 On Saint Andrew’s Day schools across Scotland hold special events to celebrate, such as meals, singing, dances, storytelling and Scottish poetry readings. The day is often celebrated with family and friends with traditional Scottish food (like ‘haggis, neeps and tatties’ – which is a dish of haggis, turnips and potatoes) and traditional Scottish music such as the bagpipes or the clarsach (which is a small harp). People also host ceilidhs which are Scottish country dances which often go on late into the night.

Saint Andrew’s Day is a significant part of Scottish culture and over the years has become a part of Scotland’s identity. Source: http://learnenglishteens.britishcouncil.org/magazine/life-around-world/saint-andrews-day
Listen to Alex and Ledicia telling us about this celebration! 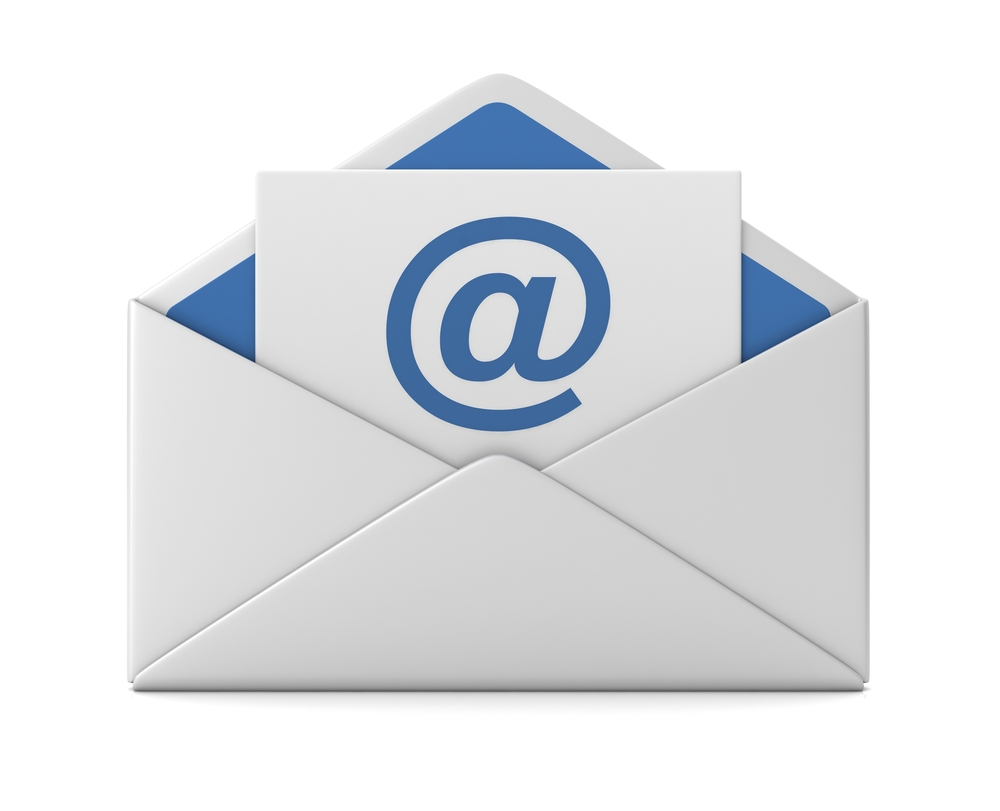 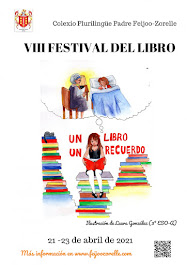 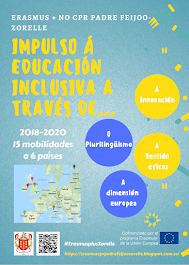 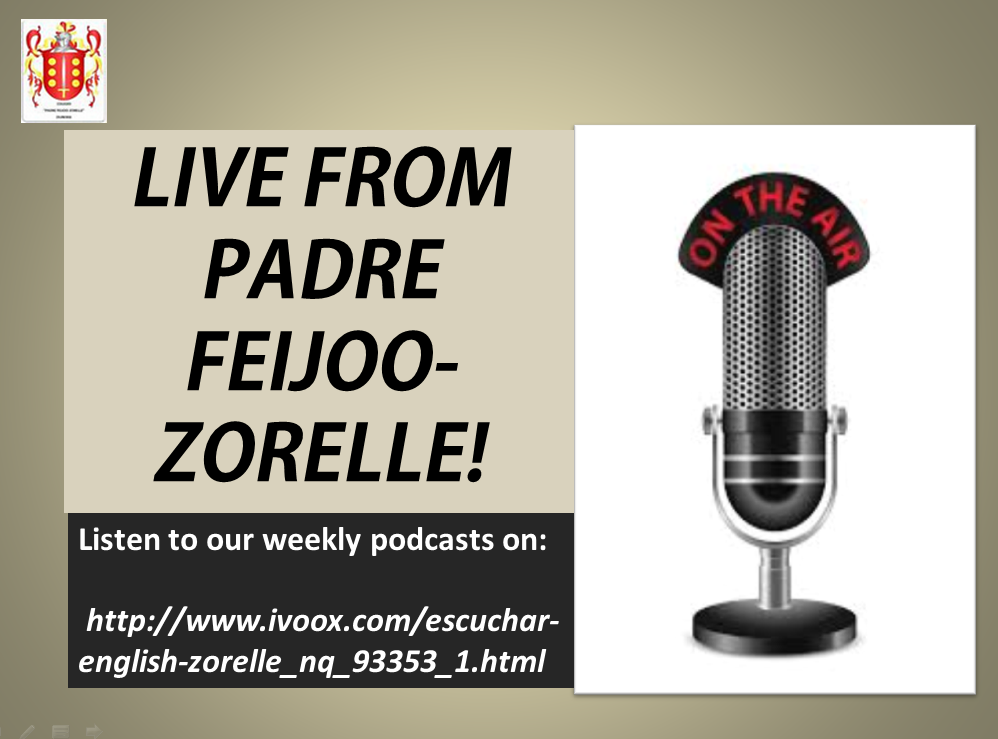 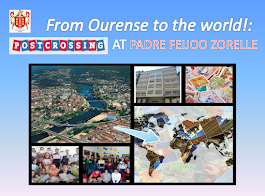 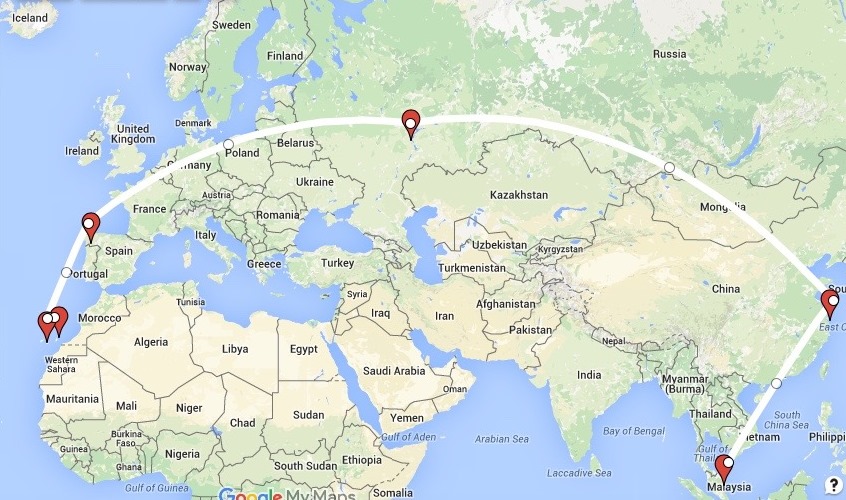 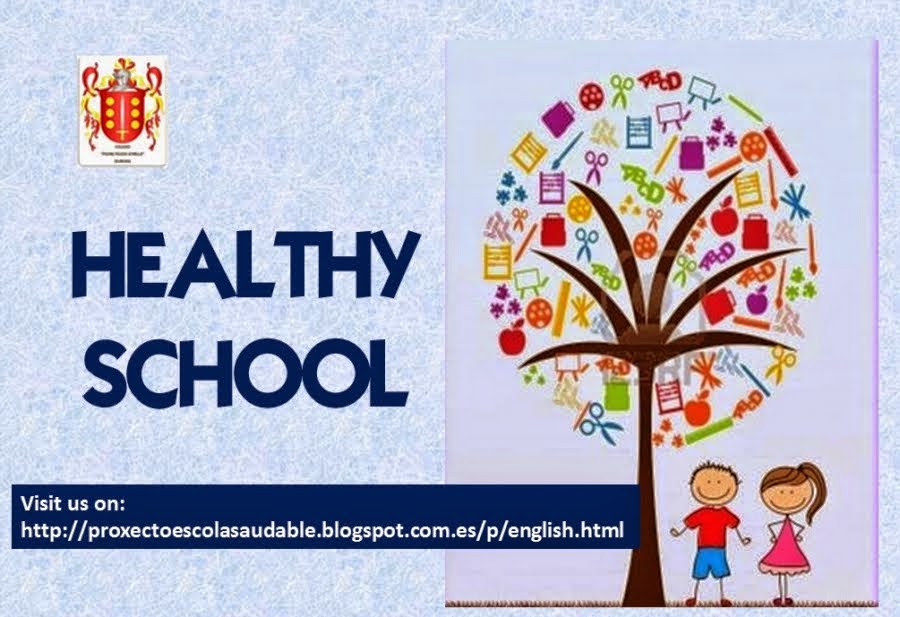 Listening Practice for all levels